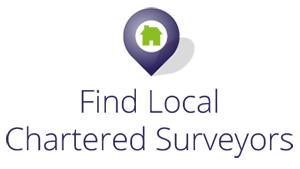 As we are now some weeks into the coronavirus lockdown, and the potential lifting of property market restrictions still some indeterminate time ahead, we feel it time to share a little of what we've seen happening in the surveying market over the last couple of months.

The new year started very full of promise, with trends very much on the up following the General Election. That continued until March when awareness that the new coronavirus was becoming not "just another sort of 'flu", but an imminent global health crisis.

As can be seen on the graph below, the first week of March was still 'business as usual', slowing somewhat into the second week. By the 3rd week (commencing 16th March), the public were clearly jittery and preempting the Government's lockdown announcement on 23rd, with search volumes for surveys on Google down by over 50%, continuing that steep downward path until the end of the month.

The first week of April saw search engine volumes down by some 85% on the equivalent week in March, matters also not helped by the long weekend of Easter 10th-13th April. Given that the country was in lockdown, and in theory everyone stuck indoors, it was surprising to see that the Easter bank holiday weekend still had some effect!

Since Easter, Google volumes have increased slightly week on week, to be back to about 25% of the pre-lockdown level.

Fortunately, the drop in Google search volumes hasn't fully translated to a similar drop in activity on our website, with leads over April at around 30% of normal. Feedback on lead quality has been a little mixed - some have reported an increase in 'time wasters', but others have reported lead to instruction conversion rates as good as, and in one or two cases better than normal, with some also having pre-booked surveys for when the restrictions are eased. Conversion rates may have been helped as a result of many surveyors choosing to suspend accounts temporarily, with fewer surveyors being returned in results. That is particularly true outside of London.

When the lockdown started, our take on things was that after the initial shock as new buyers were stopped at source, volumes would steadily decrease as home buying transactions already under way filtered through the system, but that doesn't quite seem to have been the case, as there seems to be more ongoing activity in the market than might be expected in the circumstances.

Our expectation for the next few weeks is that current levels are likely to continue much as they are, until restrictions on Estate Agents offices, viewings and inspections are eased and activity increases. In the meantime we will continue to do what we can to generate leads for those that need or want them.

User feedback for our Find a Surveyor service

Such a helpful website, pointed me to NTB Property Ltd. who was a local and fantastic surveyor for an excellent price! Highly recommend finding a local and competitively priced surveyor using "Local Building Surveyors".

Made the process of finding a thorough, quality surveyor really easy. The process of instructing was really quick and easy to follow, and the price was very reasonable.

We had several direct responses to our enquiry. All very friendly, non-pressured and informative and we finally decided on one surveyor to proceed with.

Delighted with the service I got. IT was all last minute but the Surveyor was excellent...I was really well pleased with how he carried out the survey...a job well done..

Worked well for us. Filled in the required info, the site recommended two surveyors, our choice is due to carry out the survey in the next few days. Great service, many thanks.

Very prompt response to send my request to 3 surveyors and good service to give me list of all firms I could contact meeting my situation.

I used this website as I had absolutely no idea about to contact a property Surveyor for a house I was trying to buy. I received three instant referrals, the first one of which offered a reasonable price and could undertake the survey promptly. The other two referral's;s both followed up with me to see if I had found someone, so overall, very satisfied with this website.

All the surveyors sites responded in good time with etimates and i spoke to one which was also helpful. I would recommend your site

What a great little website. None of the local surveyors could do a visit this side of end of October. I managed to get one within a week. Admittedly you pay a bit more but it seems to be worth it. Thanks

Really helpful website. Easy to use and found what I wanted

I don’t write reviews- but I was very impressed with this site I managed to find a local surveyor that I could actually talk to and arrange a quick survey . As previously with national chains , no contact no flexibility and double the price for less service I don’t think the surveyors are making the money - more like the agency

The website is so easy to navigate and I found what I was looking for in no time at all.

Instant response and enabled us to find a local surveyor easily when we live over 100 miles away.

A very efficient service both to organise the structural survey through to receiving the surveyors report. The report is informative and very helpful especially with regards to understanding specific issues of a 100 year old house that requires renovation and ongoing TLC! I would recommend this service and the surveyor we used.

The rapid and full response I neded.

Easy to use and it took me to a couple of good companies who responded quickly and efficiently.

What is the RICS?

Find out more about the RICS

What Survey Do I Need?

What type of survey do I need?

If you are looking for something more than a simple property valuation (highly recommended if you are buying a new property), there are two common "standard" types of survey.  Check out the links below to find out more:

Save time, find a local mortgage advisor, get quotes for conveyancing and more from reputable companies in your area. Our search and quote service is quick, easy-to-use, and FREE!

This site is secured by SSL (https) so you can be sure your information is secure and cannot be intercepted. Click the padlock in your browser address bar for the certificate details.

Do you want to add value to your property website by adding our find-a-surveyor search facility to your site? Click here for more information...